Could a DGH pachymeter last 30 years? Here’s the story of one that has.

If one of our older units is simply sitting in someone’s examining room, doing its job every day, we typically won’t know that. For the most part, we only know that someone is using an older pachymeter when they stop by to chat at a trade show, or when they call us to ask about a repair or purchasing a new probe.

But we do keep rigorous records (both in a database and in the paper files that the FDA requires) covering every instrument we have ever sold. The records include every repair we have done and every new probe we have provided. Those records help us understand how well our older products are doing.

In looking at the past year’s repair records, we noticed one particularly venerable pachymeter that is still in active use. Its serial number is 2-587, and it was purchased in 1985 by Dr. Richard Gibralter of New York City. Originally built as a DGH 1000 (one of our earliest pachymeter models), it was subsequently upgraded to a DGH 2000. Over the decades, we have sold Dr. Gibralter two new probes for it, and repaired it twice, most recently in September of 2015.

We reached Dr. Gibralter by phone, and he told us the unit has been in near-continuous use since its purchase in 1985. He recalls being attracted to it due to the fact that it had a solid, gel-filled probe (which was easier to prepare and use than the water-filled probes that were typical of early pachymeters). Once the modern gel-free probes became available, Dr. Gibralter upgraded to that. Of the most recent transaction, a new probe to replace a broken one, Dr. Gibralter said, “Scott [Scott Erb, Senior Electronic Technician] was great. He told me about all the options, and helped me with the decision to go with a new probe instead of a whole new unit.” 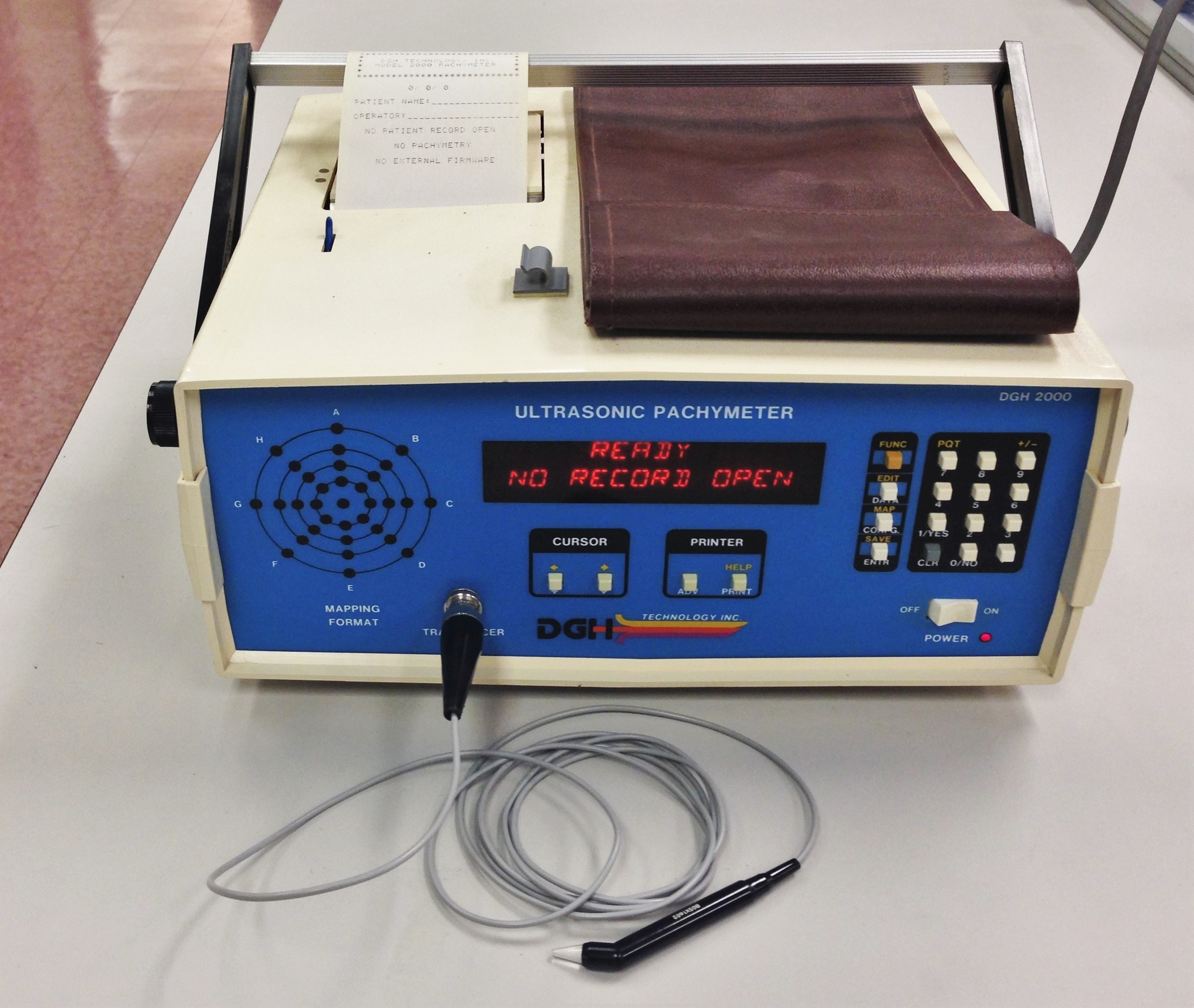 A DGH 2000, like the one Dr. Gibralter has been using for three decades.

Dr. Gibralter’s pachymeter is still in active use after more than 30 years. Of course we can’t guarantee your DGH pachymeter will last that long, but we hope the story of number 2-587 will give you an idea of the quality of the design, the components, and the manufacturing practices that go into all DGH products, and the fact that we stand behind our products for the long haul.